Arena of the Municipal Center for Culture and Sports

A modern sports and entertainment facility with improved functionality and a renovated facade that emphasizes the attractive shape of the building. The multifunctional hall can accommodate over 1,300 event participants, and the ingenious structure of the stands allows the hall to be used both for sports and recreational activities, as well as for the organization of fairs. The hall slab was lit with a large number of Rubin Sport LED luminaires, specially prepared for the project. The luminaires are characterized by a modified luminous flux compared to the standard versions. All of them are equipped with a micro prismatic diffuser that guarantees adequate lighting intensity and uniformity, as well as a protective grille. Luminaires are adapted to regulate the luminous flux and dimming option thanks to the power supply by the DIM DALI standard. A remarkable solution is the use of Fasad Wall luminaires inside the hall for external illumination. The Fasad luminaire in RGB versions was used here as stage lighting and to create a spectacle when presenting the sports team. The same luminaries are also used to illuminate the hall facade. 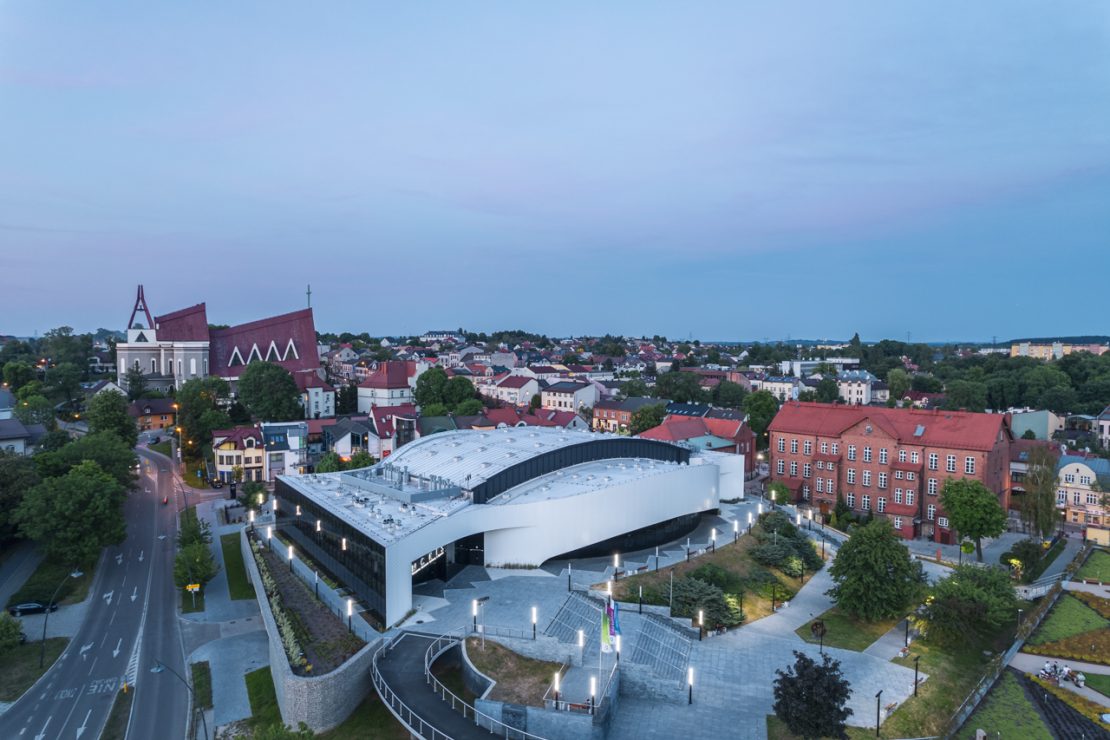 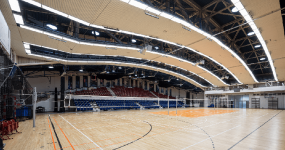 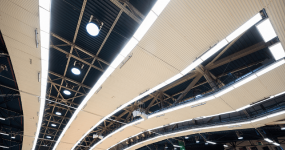 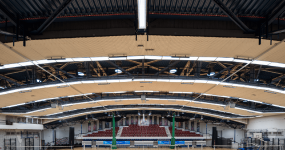 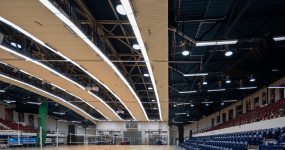 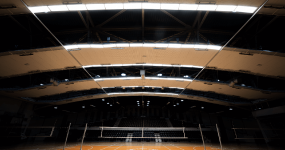 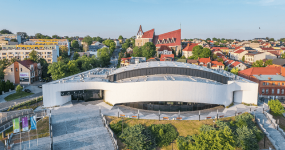 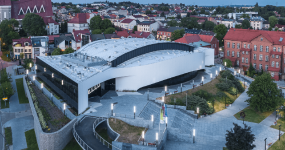 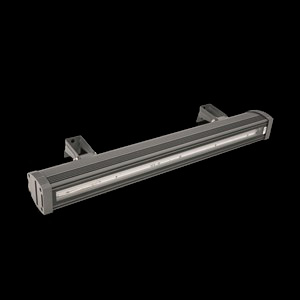 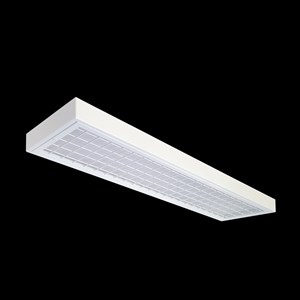